Jeffrey rated it ,,,*****Dec 17, 2018 ​(Goodreads)
Strange is, without a doubt, a page-turner. I was amazed at author Didaleusky’s craftsmanship—and medical knowledge-- as I read this novel. Strange includes whispers of Ancient Astronaut theory, Mayan mysticism, medical detective television productions, and Indiana Jones—but Strange has intrinsic qualities that make it a unique read. The “answers” Dr. Adam Stafford (a pediatrician) and Dr. Lisa Douglas (an archaeologist) obtain only generate more questions—and the denouement will astound readers. Get ready for an encounter of the unexpected kind! This is a fun, entertaining text.

Didaleusky writes a good thriller. The genre is what I look for.
I found the storyline intriguing. The author takes us closer and closer to a conclusion that is wonderful. If only it was true. But it’s fiction. 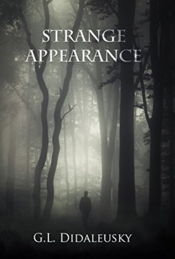 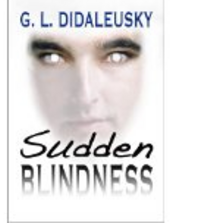 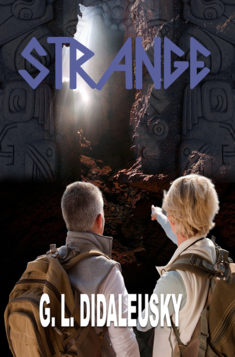 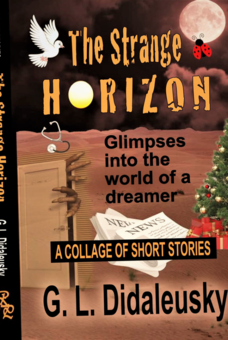 ​REVIEWS OF MY NOVELS 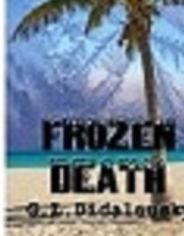 
Format: Paperback
STRANGE APPEARANCE is a nice little romance that blossoms over a hairless bloated corpse found in the woods of the Ocala National Forest, and grows stronger over another hairless bloated corpse. Robert and Cynthia grow closer as they work together to try and discover how a Satanic Cult is involved in these deaths, and whether or not said cult has tried to kill both Robert and Cynthia to keep them from that discovery. This is a who-done-it of a classic type where the partners, thrown together by the crime, find themselves in love and danger. It's a good read for those who like puzzles and don't mind autopsies.

I onlygave the book four stars because it seemed a little simplistic and television-y, but it was a pretty amusing time waster.

​Sudden Blindness caught my interest from the first page of this mystery/suspense novel. The plot of people going blind without any apparent medical cause collided with secrets between the head of CDC investigative team and the wife of an ER doctor. I had a hard time putting down the book waiting to see what the next chapter brought. I can't wait for the authors next novel.

Strange Appearance kept me interested, wanting to know what would happen next, from the first paragraph to the surprise ending. This mystery/suspense novel keeps you on the edge of your seat, not wanting to put the book down until the final scene and chapter.

Two strange, and decomposing bodies have been discovered in different locations within Ocala National Park. Cause of death is unknown but suspicion hints at a connection involving the occult. Robert Jenson, a part-time park ranger and Cynthia Davidson, a pathologist assistant must join forces if they hope to solve the mystery. The duo will journey to dangerous places, including the lair of a devil worshiping group. But will their zeal lead to an answer... Or to their own very demise?

With a believable setting and characterization, Strange Appearance is a cleverly written medical thriller that's bound to deliver on its promise. It's a typical thriller laced with plenty of action and mystery designed to keep the reader engaged from beginning to end. This is the second novel I'll be reading from this author, and on every occasion, as I've found, there's always something to take home with. Brace yourself, rough and exciting ride lies ahead.

​Stevi B, from Manic Reader

​"Frozen Death is a very intriguing mystery and it gets even more interesting as the answer appears to be found in Ancient Indian lore. If you love Indian lore, medically impossible puzzles, and mysteries that look impossible, you will like Frozen Death.

William G. Dunlevy Mechanicsburg,: excellent paper back. Keeps you wanting to read faster and not put the book down. Hope more stories coming out from G.L. Didaleusky

​ ​4.0 out of 5 starsThe Horizons of a dreamer
Format: Kindle Edition
The Strange Horizon is billed a “collage” of short stories, and like a collage of pictures, it evokes many different images and moods in its 23 offerings, some of which are only a few paragraphs long while others span 4000 words. The stories run a gamut of genres--mystery, suspense, horror, science fiction, fantasy--but contain no "profanity, gore, or sexual innuendo," as Didaleusky tells us in the introduction. This ties in nicely with a running theme of the book: If you do the right thing, you may be rewarded in unexpected ways.

Although I enjoyed the stories, I was left wondering about some of their unexplored possibilities. When two spoiled children bring home a boy they just met from a homeless shelter in "A Christmas Visitor," I admired their willingness to help the boy out but questioned the unexamined dangers they took. Such stories may give child readers the false impression that if you do the right thing, it will always turn out well for you in the end. Anyone over the age of, say, 12, knows this is not the case. However, the stories do have considerable merit for young readers. They could be used by parents to foster dialogue: “Did Ashley and Aaron do the right thing by bringing Jacob home? What were some of the risks they took? What would you do in their situation?” The stories can also lead to an exploration of what exactly the right thing is to do in certain situations, and how hard it can be to do the right thing.

Didaleusky’s protagonists are not always children or even human. In one story, a ladybug named Lily helps a boy who is sad because his friend moved away.

In the introduction, the author tells us the reactions he expects: “You may smile, chuckle, express a tear or two, feel a sudden chill, or feel a warmth at the end of the story. Emotions are in the mind of the reader and the heart cuddles or rejects those emotions.” Like a new puppy, the stories in The Strange Horizon are meant to be cuddled.

By James Charleson July 10, 2017
​4.0 out of 5 stars Format: Kindle Edition
The Strange Horizon, by G. L. Didaleusky, is a collection of short stories with often inexplicable paranormal happenings. Some stories are creepy, while many are inspirational and uplifting. Many stories have a positive take and hope for humanity. Each story uniquely wraps up its theme for the reader to have a sense of resolution. Many stories surprise the reader with twists and turns and endings they might not have expected.

I found these stories the perfect read for those who need a "quick story fix" on their way to work while commuting via public transportation, or for those who want a collection of short crisp stories in a busy world. One gets a neatly wrapped up beginning, middle and end in a few pages while having a motivational or uplifting resolution. Short stories, in the vein as Hemingway, are a lost or rejected art.